In 2017 the Armstrong & District Curling Club

celebrated 120 years of curling in Armstrong with a 3 day historical Homecoming Event. In 1897 some enterprising men got together and formed a curling club, making use of different barns and warehouses until 1930 when a 2 sheet rink was built on Patterson, near the Blue Hotel. This was our home until 1967 when our present 3 sheet rink was built, with renovations occurring in 1975, the late 1990’s and again in 2016. We have an active membership ranging between 225 to 250. Although our club is steeped in history we are leaping into the next century and attracting new generations to the fun sport of curling! 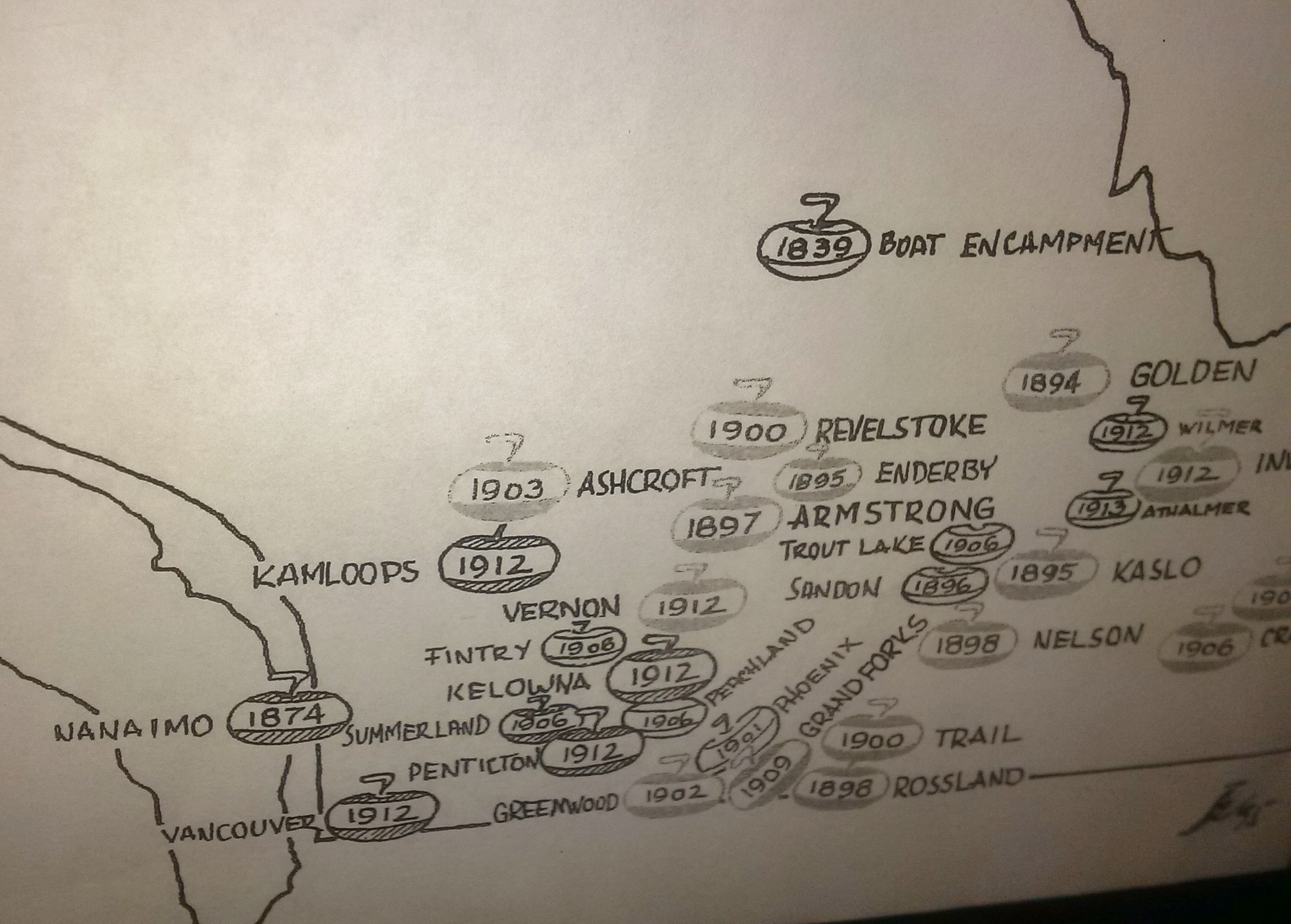 The first curling in Armstrong occurred in 1897 in a cattle barn, with wooden rocks turned from a birch log and handles placed by a locksmith. Prior to World War I a rink was built on Patterson Avenue but was not successful due to low laying land and frost. From 1921 to 1923 curling was played in a cattle shed on the Agricultural Grounds but this was also not a success.

In 1930, under the presidency of T.K. Smith, a two sheet rink was built near the Armstrong Hotel. The walls were insulated with wood shavings and curlers were met with mice racing around to get away from the noise of the rocks. The lower sides were hinged to open when it was cold out to allow the ice to freeze and closed when it became warmer.

In 1945 a cement floor was laid. Women played “unofficially” until the 1950’s as it was considered a gentlemen’s game. Back in those days too it was common to see members smoking and drinking on the ice during play! We have come such a long way! Artificial ice was introduced for the first time in 1956 because the members noticed that the curling season was shortening due to warmer springs. The club was incorporated under the Society’s Act in 1956 and affiliated with the BCCA (BC Curling Association, now Curl BC) in 1958.

In the same year matched rocks were purchased to replace the curlers own rocks. In 1966 work began on our current 3 sheet rink, located on the IPE Fair Grounds, and officially opened January 1967. Since then we have made renovations and updates in 1975, the late 1990’s and in 2016. We went “smoke free” in February 2001.

We have come a long way from our humble beginnings and are proud to host several bonspiels every year as well as special events. We offer our facilities for rent at reasonable rates. Why curl? Its a great form of exercise and a whole lot of fun! We invite people of all ages to check us out! It’s the most fun you will have on ice and our lounge is part of the social component, so much a part of the game.